Indian Astrology Predictions & Secrets
Best Vedic Astrology Services in India, Vedic Astrology in India. Astrology is as much an art as it is a science. Scientific rigor and extensive knowledge of astronomy are required to create the star charts that are the foundation of every astrologer�s work. Yet it takes years of experience and practice to learn the intricate ways of interpreting the charts, the alignments between the celestial bodies, the interplay between them, and the influences they have on human life. The world famous astrologer Kolkata resident Anil Vats ji is one of the foremost experts in Indian astrology, the predictive science that defines modern Indian society. But just what is it, really?

The Basics of Jyotisha
The name for the Indian astrological discipline is Jyotisha, which is itself divided into three distinct areas dealing with different aspects of astrological predictions, from the detail-focused Hora to the macro level Siddhanta. The crucial element of the system is the Nirayana, the sidereal zodiac, which is divided into twelve parts determining Indian astrology signs. Due to the historical interactions between the Hindu and Hellenistic zodiacal systems, the two are roughly similar, though only at their most basic. The Nirayana system is not relative to the position of the Sun, resulting in full consistency with the actual zodiac. However, here the similarities end, as centuries of refinement resulted in one of the most refined and complex systems for predicting future events.

The Complex Structures
There are numerous features of Jyotisha that are used as crucial factors in astrology. Indian astrology predictions are, therefore, a highly complex affair that requires great skill and mathematical ability from the astrologer. Anil Vats ji�s proprietary astrological system has been built specifically to harness the possibilities offer by modern technology to limit the problems caused by computational barriers and allow for refining the precision of predictions. For example, the calculation of the naksatras, lunar mansions, required complex mathematics to accomplish any kind of prediction, due the number of lunar mansions (twenty eight in medieval India, twenty seven in modern astrological conventions). And that�s just a single element of the complex predictive network used by Anil Vats ji.

The Importance of a Horoscope
The calculations Anil Vats ji performs ultimately aim at creating a horoscope, a star chart that shows the positions of the planets and other celestial bodies at any given moment in time. However, when the calculations are done and the sky chart is available, the real work begins. A proper Indian astrology horoscope is one of the most complicated elements of this predictive science, as Anil Vats ji has to account for every possible interaction, every possible position of a celestial body, every possible interplay to create an accurate, unbiased horoscope. This hard work can take hours, but Anil Vats ji firmly believes that this sacrifice is necessary in order to bring his knowledge to you. Often he will make the effort and travel to you personally, to ensure that the horoscope ends in the right hands. For an astrologer Mumbai, Delhi, or Kolkata makes no difference. Anil Vats ji takes the extra step for everyone he helps.

You Can Consult Frequently with AACHARYA SHRI ANIL VATS JI Astrologer via through direct call or on via through WhatsApp. Contact for consultation +91-9891739999, +91-8860006030 through enquiry form. 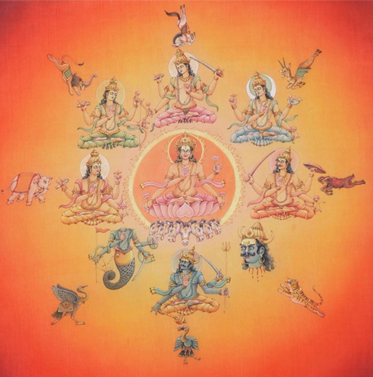