Online Palmist India
Online Expert Palm Reader in India, Online Expert Hand Reader in India, Online Consultation Hand Analysis Palm Reader in India, Palm Reading Expert in India. Look at your hand. Close it. Now open it. Your hand is one of the most refined and advanced instruments nature bestowed upon you. It stands to reason that the mechanical refinement will be balanced by the spiritual one. Within the palms of your hands, secrets that can unlock your true potential are hidden. Through the ancient science of palmistry, once suppressed by those that feared equality it could bring, famous palmist astrologer in India, Anil Vats ji can help you unearth your true potential and refine your abilities.

The History of This Discipline
In order to fully grasp what Anil Vats ji can offer you it is important to take a step back and examine the history of this ancient discipline. Palmistry is a scientific method of divination that originated with cultures on the Eurasian continent, widely practiced by sages from China, through India and Tibet, to Persia, Israel, and Babylonia. The origins of the techniques used to interpret the lines present on human palms are shrouded in mystery. However, one commonly accepted theory identifies its roots as present in the ancient Hindu science of Jyotish, whose mathematical principles are also the foundation of Anil Vats ji�s proprietary predictive model. Palmistry was an honored practice. A palmist India trained was a welcome guest at any royal court. Indeed, Aristotle, the greatest philosopher of the western world, stated that lines are written into the human hand for a reason, emanating from heavenly influences and man�s individuality. His words inspired Alexander the Great, one of the most brilliant leaders of the ancient world, to use it as a tool to gain insight into his officers.

The Great Persecution
However, palmistry fell on hard times and was nearly extinguished when the Roman Empire adopted the Christian faith as state religion. Designated a pagan superstition, the secrets of this scientific discipline were nearly lost to history, until they were revived centuries later with La Chirognomie, by Captain Casimir D�Arpentigny. This treatise, published in 1839, began the revival of palmistry as a science. Spearheaded by William Warner, trained by Indian gurus, the palmistry revolution was embraced readily by the people, including famous palmists such as Mark Twain, Oscar Wilde, Thomas Edison, or Joseph Chamberlain.

Anil Vats ji�s Contribution
Anil Vats�s status as the Top & Most Famous Indian Palmist is the result of countless of years of research into Hindu mysticism and the principles of Jyotish. Through careful studies of ancient treatises on the subject of palmistry, he reconstructed many of the algorithms used by ancient Hindu sages to interpret the arrangement of lines on a palm. Combined with his revolutionary approach focused on marrying modern technologies with ancient predictive rites, Anil Vats ji�s palmist system is at the forefront of the global palmist movement.

More importantly, the economic development permitted him to establish a studio devoted to palmistry online India continues to host Anil Vats ji, but thanks to the technology he uses to augment the palmist process, it is available to you, regardless of where you are, whichever continent, country, state or city you are residing in . Anil Vats ji is considered as the best online palmist in the world. He has done extensive & exclusive research on palm reading because of which millions of people across the globe consult him for astrology, numerology, palmistry. People all over the world rate Anil Vats ji as the Best TV Astrologer in the world. 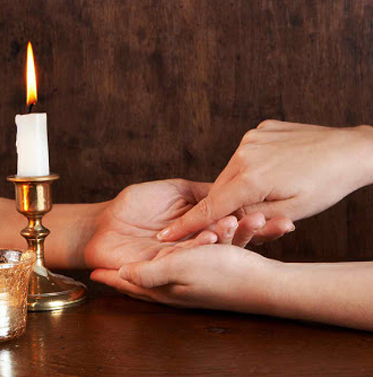